Brick, NJ Is Committed To Revamping Parks And Playgrounds For Their Community

Rebuilding a Community Through Play

Stay Cool With Splash Pads and Spray Parks This Summer

With the recent push to get children and families outside, exercising and utilizing municipal parks, more and more city officials are contacting us for our assistance in designing and installing unique themed park equipment. The Township of Brick, New Jersey is a great example of this. Brick has been in the process of making immense changes to their parks and playground equipment for the past three years and have put their trust in our playground design capabilities with each of their five projects.

Although the term “beach” makes it sound as if this playground is located on the sand, it is actually set back in the park away from the bay. After the previous playground at Windward Beach was destroyed by Hurricane Sandy, Brick Township officials asked for our expertise in designing a tree fort themed play space. We designed a fully accessible playground for children of all ability levels which incorporated a tree fort with slide, rock climbers and tree toppers to help set the tree fort theme.

For more photos of the Windward Beach Park playground visit our Flickr album. 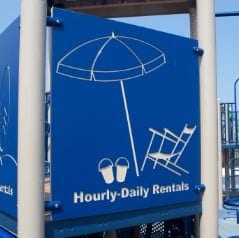 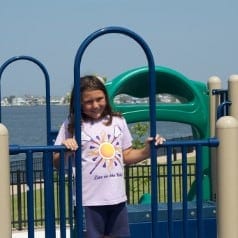 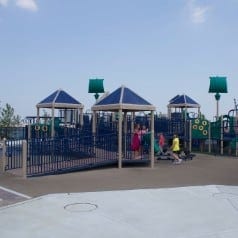 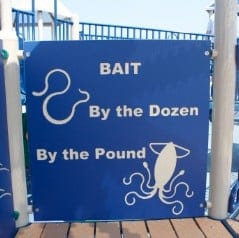 Traders Cove Park is located right along the water as well in Brick, NJ. It serves as both a park and a marina for boat launching into the Barnegat Bay.  With the park location so close to the Atlantic Ocean, Brick decided to go with a beach themed playground for Traders Cove. We designed custom playground panels with images of beach chairs, umbrellas, fishing bait, surf boards & boats to tie in the theme. This playground is also mobility device accessible for children of all ability levels.

For more photos of the Traders Cove Park playground visit our Flickr album.

Angela Hibbard Park is currently just about ready for grand opening. Similar to the previous two playgrounds, this park is also located in close proximity to the ocean.  Residents of Brick, NJ will tell you that a childhood memory of theirs is crabbing with friends off local wooden docks along the shore. To tie in these memories of parents and children alike, a crab boat themed playground is what came from our playground design sessions with city officials. The staple of the playground is the massive crab boat structure with slide, however we also included several small touches such as the blue crab stepping stones along the poured in place rubber playground safety surfacing. Another popular element in this playground is the net climber.  Children of all ages flock to these climbers as they provide a challenging way to navigate to the highest elevations on the playground.

For more photos of the Angela Hibbard Park playground visit our Flickr album. 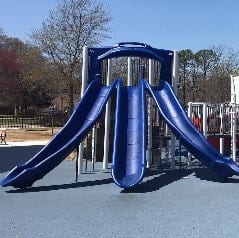 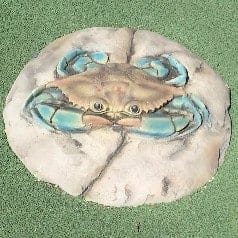 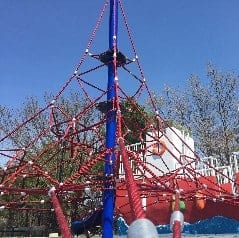 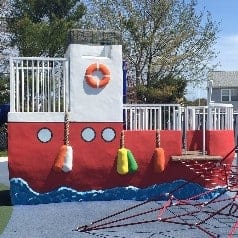 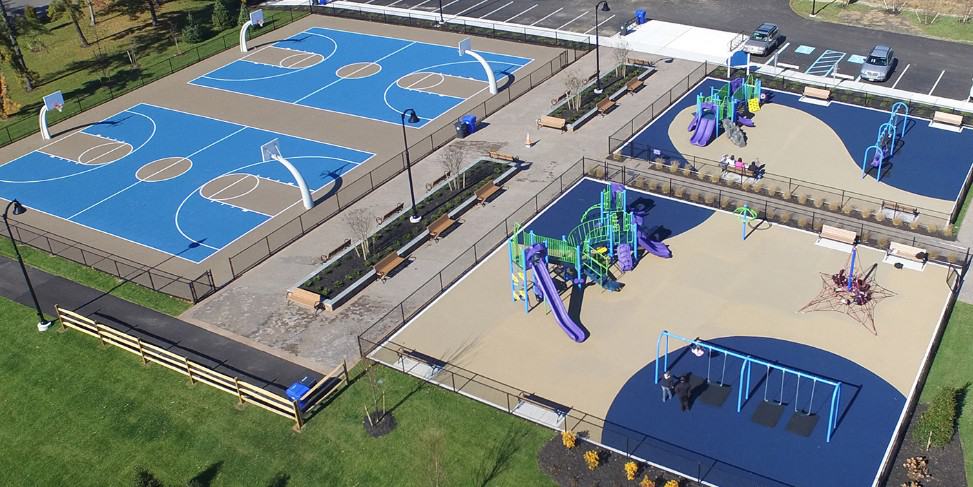 Herbertsville Park, formerly named Colorado Park due to its location at the end of Colorado Avenue, has been without a playground for several years. With 30 acres to play with in the design of the park, Brick wanted to incorporate a new baseball field, basketball courts and most importantly separate playground equipment for children between the ages of 2-5 years old and 5-12 years old. Our playground design separated the two play areas into separate fenced in sections. The 2-5 playground area includes a small play structure filled with slides and climbers, with a swing bay and benches along the perimeter of the poured in place rubber safety flooring. The 5-12 playground area also includes swings, however the play structure is larger and includes more activities for the older age group. We also included a net climber similar to the one at Angela Hibbard Park. Benches also line the perimeter of this  gorgeous play space. 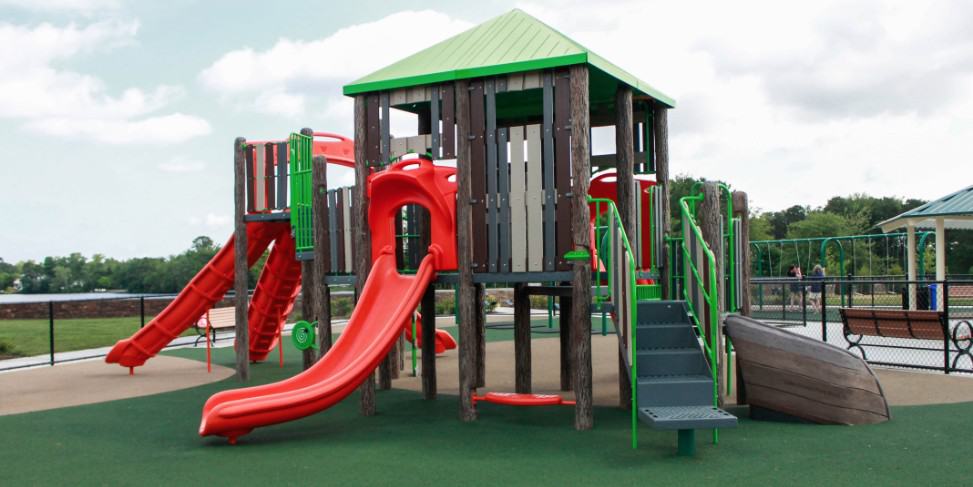 For more photos of the Angela Hibbard Park visit our Flickr album! 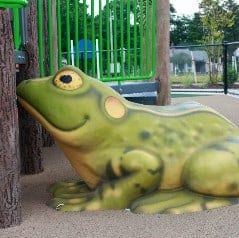 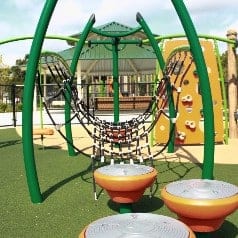 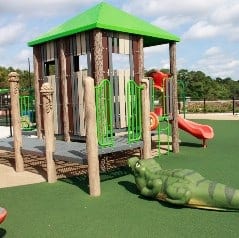 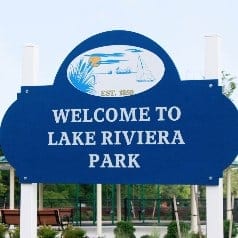